We are getting close to wrapping and frankly speaking – I’m starting to freak out. I’ve enjoyed being part of this so much that the thought of it all coming to an end almost feels surreal. It’s like I’ve been in a bubble of fun, adventure and once in a lifetime experiences for the past 4 months… so coming back to the “real world” may be hard. Or I might enjoy it more than I think! Maybe I’ll realise that I’ve even MISSED it *gasp*.  I don’t know , let’s see. All I know is that I’ll always have a part of Africa in me, even years after this is over. Anyway, now onto the fun stuff:

This week we stayed at a super cool lodge. And when I say super cool , I mean that it was built in and around prehistoric rocks with cave paintings on them, dating back to around 2,000 years ago!! Every room is different and feels like a leaopard’s lair. Some of them even kept the rock art as prominent features. You really feel like a luxurious Flinstone (with your own views from a personal drawbridge and wildlife all around you. #bonus). 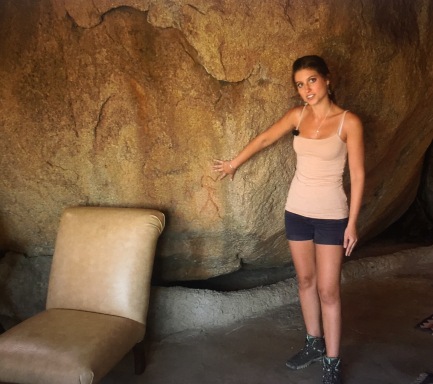 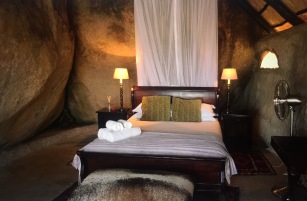 I even got a massage in the infinity pool (only for the camera obvvv, not that I’d ever want one… pffft…) 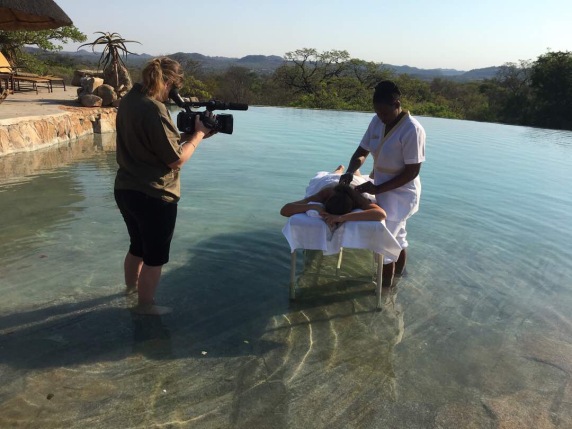 I thought I’d seen the best, until our guide took us to a huge cave which has rock art dating back 6,000 years !!! The craziest part is that you can see the different layers of paintings from different times and you can really tell what animals they were trying to represent. The fact that everything has been so well conserved (their paints all came from nature, no tempera or crayola back then folks) is another reason why your jaw would drop fo sho upon seeing this:

In fact, the whole national park was filled with prehistoric rock structures that made for excellent vistas and magnificent backdrops for our walks.

Most of the walks involved us desperately trying to track rhinos. It’s the only area in the country that contains both black and white rhino and I would have loved to see both. We didn’t get lucky with black rhino (even though we did spend what felt like a lifetime walking in the sweltering heat getting attacked by flies trying to find the goddamn thing), BUT in one day we managed to spot SEVEN white rhino! And really close too!

What blew me away is how close we got to a mother and baby rhino at one point. Mothers can be aggressive but this one was as chill as a Mojito on the French Riviera : 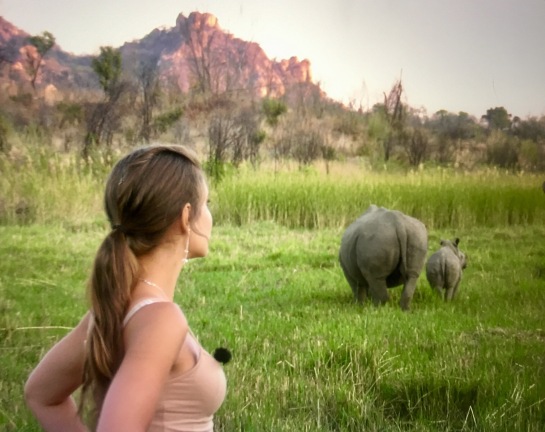 The next close encounter happened a day later as we walked onto a family of 5 cheetah ! Right out in the open !! 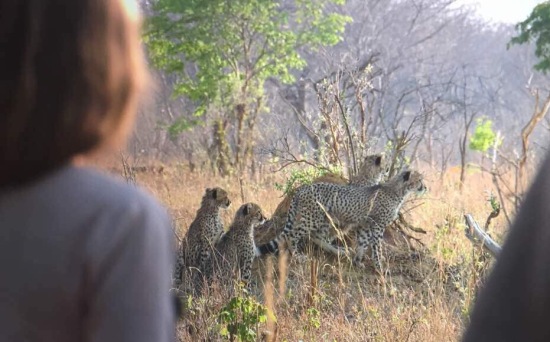 I cannot tell you how incredibly beautiful these animals are to watch. I felt so inspired by their grace, elegance, colors and movement. Especially when they stalked a kudu and then tried to hunt it. It was an epic fail as the kudu ran away too fast, but what a moment !

Cheetah have def become some of my favourite animals , and when it comes to cats- I think I prefer them over lions. But elephants are still at number 1, and that’s why I got extremely excited when the opportunity came to meet Patrick Mavros. He is one of the most talented jewellery designers I know and has showrooms in Africa and London. Originally from Zim, the story behind his safari inspired collections amazed me. It all started when he designed and carved a pair of earrings for his wife years ago…and now it’s a successful family business that styles the world’s royalty !

I immediately fell in love with the silver elephant collection , featuring Zozo: an elephant Patrick and his team rescued and raised. I wore this collection as well as the famous crocodile pieces (also worn by Kate Middleton) and a cute giraffe ring for the show and felt like it complemented not only the Safari aspect of the project, but also any outfit I wore. I don’t normally go on about jewellery this much, but these pieces really do make you feel beautiful : 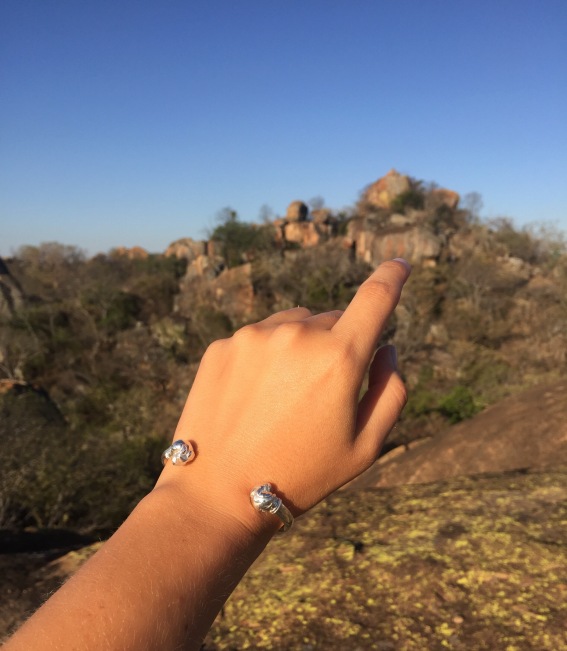 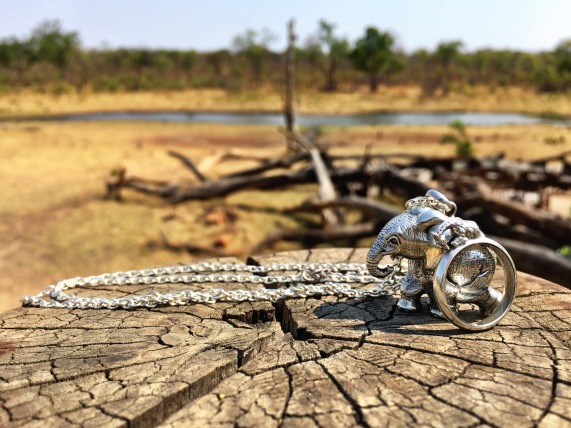 The week concluded with a magnificent sunset and a huge troop of the most hilarious baboons surrounding us: 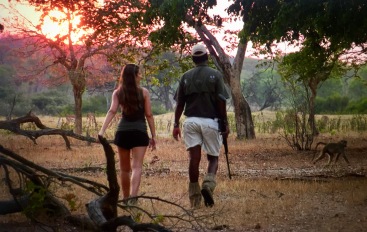 Next time : our last week of filming takes us to a luxurious villa in a gigantic national park as we get close to big lion prides , capture elephant and wild dog action , go crazy during birthday and end of filming celebrations and look back at the highlights of the past 4 months!

One thought on “Rhinos, Cheetahs and Prehistoric Wonders”