What an unusual week this has been! And I can safely say that regardless of the fact that no two destinations have been similar thus far.

First we stayed at a privately owned game reserve with beautiful lodges (ours even had an outdoor bath and hot-tub!) where the Queen of da Castle is Jasmine – a giraffe who thinks she’s a horse. I repeat:

A GIRAFFE WHO THINKS SHE IS A HORSE!!

Her parents were poached so she was taken in and raised close to horses. She behaves like a horse, eats horse food, comes close to you and likes being hand fed/ stroked and virtually any other thing a horse would enjoy. And if you don’t believe me, take a look: 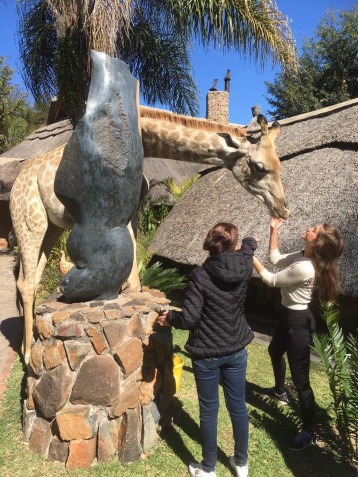 The main activity here is safari on horseback.… which explains all the horses that constantly surround Jasmine. This means you can get a lot closer than you normally would to animals, as horses are less foreign to them than a car would be. So off we went.

Followed by Jasmine, of course: 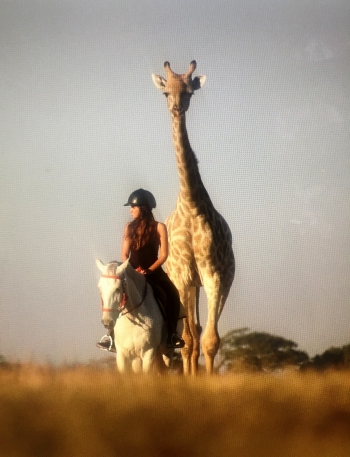 And as soon as we headed off, my horse decided to have a fit and threw me off. As I was falling (in slo-mo in my head, naturally), I thought ‘as soon as I hit the ground I must roll away from those stomping hooves because a presenter with a deformed face isn’t in fashion just yet’. So that’s what I did. And at that moment I decided that I ain’t taking any more crap  and it’s gonna be tough love for the next 3 hours. It all sounded great in my head, except the horse wasn’t having any of it. I even named him Crayola because he was so cray. And next thing I know, Crayola is dragging me into a dam knee-deep and having a fit in the water. OH DEAR LAWWWWWD!

I pulled on his reigns as hard I could and my thighs used muscles they never knew existed just to stay on… and in the end, the poor guide had to come rescue me. And yes, this was all caught on camera!

Thankfully, the worst was over and Crayola decided to be less of a nutcase from then on. We saw a herd of wildebeest from suuuper close which was extraordinary and rode off into the sunset which made for some incredible footage. 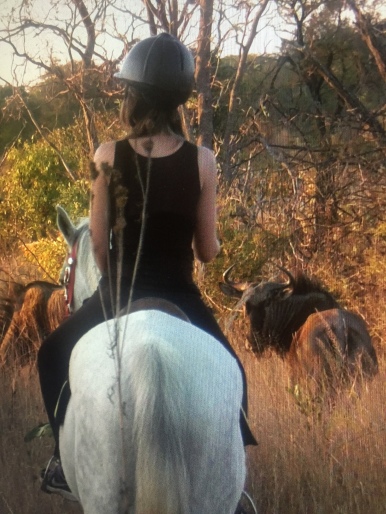 And speaking of sunsets, I’ve always been a fan of African ones. Where the sun seems to be this gigantic bright red ball in the sky, illuminating the world in beautiful colours as it sets behind the horizon each evening. In the month that I’ve been here, we’ve seen some spectacular ones, and here’s my selection of the best: 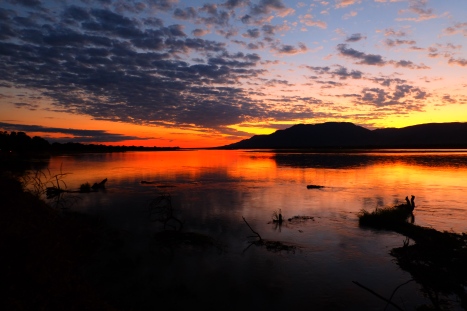 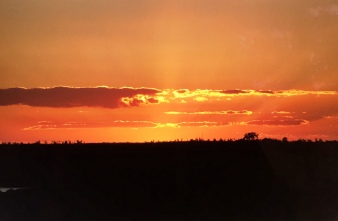 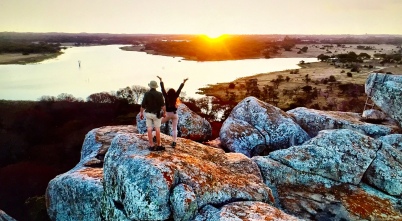 Another thing I like capturing is behind the scenes moments with the crew, who have become like family. We always have a giggle and I know we’ll have fun wherever we go, which is partly what makes this all so special: 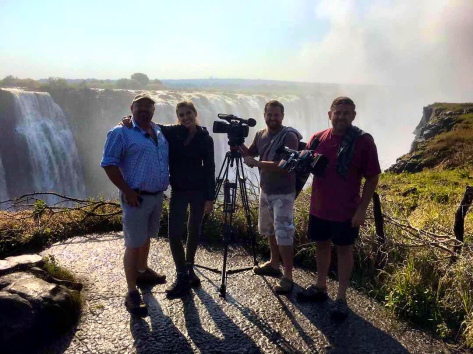 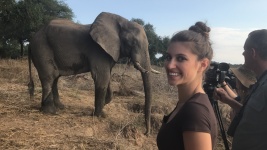 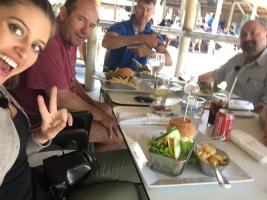 One more unforgettable experience this week was an anti-poaching program at a family owned conservation park. They take in orphaned elephants and train them to detect and find poachers in the wild. Elephants are SMART and their senses are out of this world. So we decided to put their skills to the test: I pretended to be a poacher and faked shooting a nearby rhino. And then I RAN. I ran over half a km away from where the elephants were, I ran in zig-zags and I ran through tall grass just to throw them off. I hid behind a tree and next thing I know, I look up and see a giant elephant towering over me! Not only had the elephants followed my EXACT zig-zaggy trail, but they had done it in a matter of minutes too! Incredible. 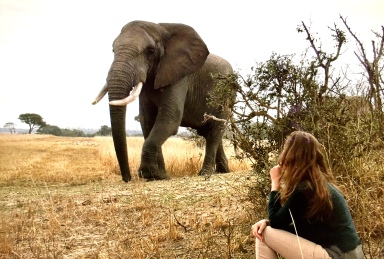 They also have anti-poaching scouts and their training requires them to use their eyes, concentration and quick reflexes in the wild to track down poachers. One of these tests is spotting targets hidden in bushes and taking them down with a giant bad-ass paintball gun. You only get 1 shot and if you miss, you gotta move on. I’ve never shot anything before so this was a fun experience to say the least. And using your eyes to really look and SEE in the bush is definitely harder than I expected. The shooting wasn’t that bad for a first timer (I think!) and I even took down 2 targets! 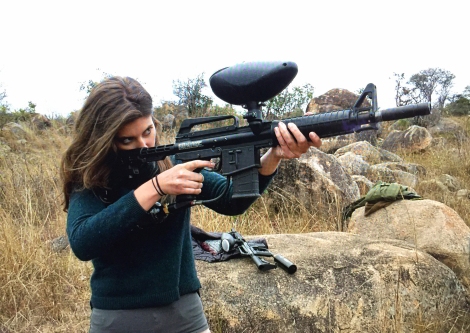 Oh, and I also helped dissect a dead blesbok and surprisingly enough, thought it was the coolest thing ever. Poor thing had a heart attack, as it turns out. Don’t look if you’re squeamish:

Next week we’re heading off to a beautiful camp (that looks more like a 5 star hotel!) to have some more unforgettable close wildlife encounters and a few other surprises which I’ll leave till then!

One thought on “Sunsets, Guns and a GiraffeHorse”